Ireland Emerges as the Undisputed Champion in Data Center Facilities 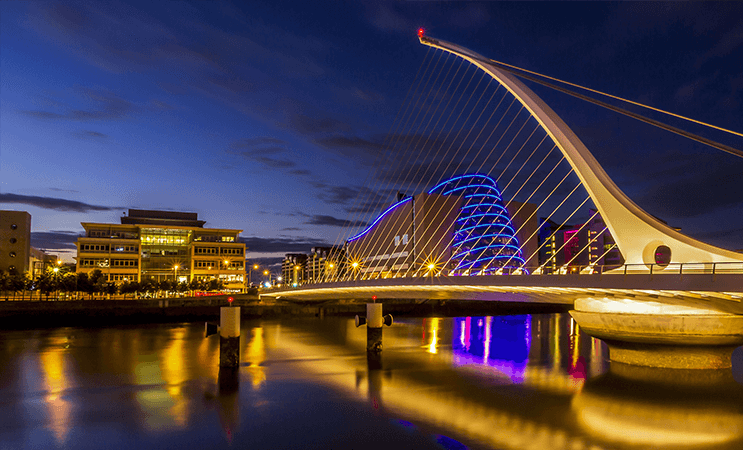 There are a couple of Irish phenomena that have been making headlines lately. One is a loudmouthed mixed martial arts (MMA) fighter who’s stepping into the ring with a proven light middleweight boxer. The other is an industry that has already gone the full 12 rounds and come out on top as the victor.

Conor McGregor, an MMA champion who has never boxed professionally, is taking on Floyd Mayweather, who is considered one of the greatest boxers of all time. Nobody really expects McGregor to win on Aug. 26, though the match promises to be thrilling no matter what.

The data center market might seem rather boring in comparison, but for those of us in the industry there’s a lot to be excited about. In the month of July alone Ireland has already seen announcements from two new entrants, Cyrus One and Edge Connex.  Additionally, Facebook is looking to acquire more land around its data center in Clonee, and AWS, Apple, JCD, CIX Cork and 5 Nines (Northern Ireland) have data center projects planned. Ireland is seeing an unmatched level of growth and investment — or, in boxing terms, punching well above its weight!

There are numerous reasons for Ireland’s success in the data center industry. One is climate. In my experience, you should always bring raingear and warm clothes when you go to the beach in Ireland in summer. While Ireland is a poor spot for sunbathing, its temperate climate is ideal for free cooling technologies that use outside air that cool data center equipment.

But don’t take my word for it. According to the World Resources Institute, Ireland has only 19 cooling degree days, compared with 40 in Iceland and 43 in Norway. The cooling degree day is an international standard that estimates the need for air conditioning during the warm season. That means there are only 19 days, on average, when data center operators have to run power-hungry cooling systems. Free cooling can dramatically reduce the cost to operate today’s hyperscale data centers, and lower prices for colocation customers.

Ireland is a good choice geographically due to the lack of earthquakes, volcanic eruptions, cyclones and other natural disasters. In addition, Ireland has made significant investments in infrastructure, ensuring the availability of power and network connectivity across the island, and the Irish Development Authority is focused on earmarking appropriate sites for data center investment.

There are also regulatory incentives to locate data centers in Ireland. For example, the European Union (EU) General Data Protection Regulation (GDPR), which goes into effect next year, places restrictions on the transnational transfer of data on EU citizens but allows transfers among any of the 28 EU member states. Hosting your data in Ireland allows organizations to check one of the boxes for GDPR compliance.

Host in Ireland serves as a platform for collaboration between global organizations, a liaison into Ireland’s governmental policy and a networking partner for business opportunities. Garry and his data center advisory board represent a “Who’s Who” in the Irish data center industry, and are working tirelessly to promote Ireland as a focal point for data center investment.

Ireland will continue to attract foreign direct investment in data center facilities, with natural spinoff investments in other technology companies deciding to locate in Ireland. Conor McGregor may not come away with a victory when he faces Floyd Mayweather in Las Vegas on Aug. 26th, but Ireland’s title as a world-class location for data centers is secure.

Want to learn more about Rahi Systems Global distribution and logistics capabilities?  Hear it first hand from our client in our latest testimonial video. Watch Now.

Marcus Doran is the Vice President and General Manager for Rahi Systems Europe. Doran is an experienced data center infrastructure sales professional with 20 years’ experience in sales growth, revenue generation and new business development. Through his two-decade career, Doran has worked throughout Ireland, the Middle East and the UK.