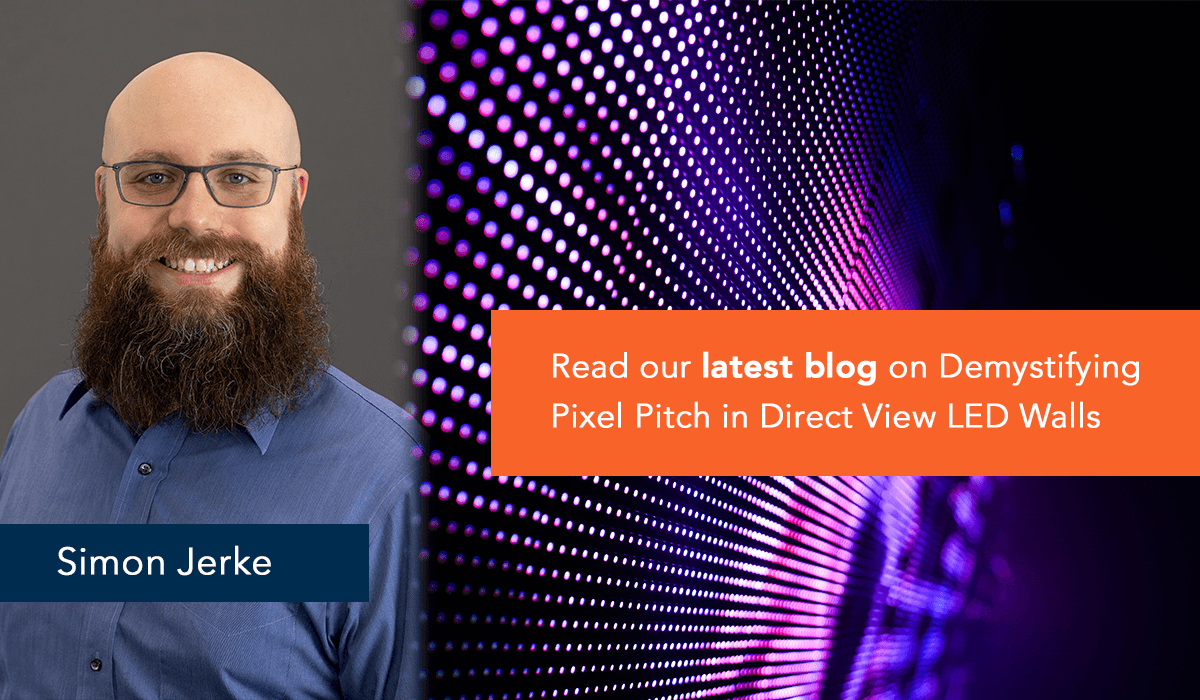 Video walls were once exclusively used by high-end retailers, stadiums and entertainment venues. Today, organizations in a wide range of industries are putting up video walls for a variety of use cases. In fact, the top buyers of video wall solutions are in the education and healthcare markets. Companies are also using video walls in board rooms, training facilities and customer experience centers.

As we explained in a previous post, a video wall creates a large image by combining multiple displays with very thin bezels. A special controller splits out the images across the screens. Of course, displays use various technologies and come in a wide range of sizes and resolutions, leading to confusion about the best option for a high-quality video wall.

Traditionally, video walls have been constructed using HDTV displays, which use a liquid crystal display (LCD) panel backlit by light-emitting diodes (LEDs). To create a 164-inch diagonal video wall, you’d need a 3×3 configuration of full HD 1080p displays, which have 1,920 pixels across the screen and 1,080 pixels down. This would create a canvas with a total resolution of 5,760 pixels across and 3,240 pixels down. However, that is not the resolution at which the content will be displayed. A 4K (3,840 x 2,160) source will have to be scaled by a factor of 1.5 to fill the video wall dimensions, making it less sharp.

That’s why I believe that a direct view LED solution is a better choice. For an equivalent video wall (within an inch or so of our 164-inch example), you’d need a six-module by six-module configuration with a pixel pitch of 0.9MM using 23.62-inch x 13.28-inch (600MM x 337.5MM) modules — a relatively “standard” dimension. Each module at that pixel pitch would have a resolution of 640 pixels across and 360 pixels down. The resulting video wall would have a native resolution of 4K at the same physical dimension of the traditional LCD video wall solution.

Direct view LED offers other benefits as well. It provides a much wider color gamut as the individual LED in a single pixel can drive at a higher precision. Contrast ratio is also higher because black is created by the complete absence of light whereas the backlight in traditional HDTV displays always generates some light, even when the video signal is black.

Direct view LED video walls traditionally have been used for large outdoor displays. However, with the availability of higher resolutions at lower cost, direct view LED is increasingly used for indoor applications.

Keep in mind, however, that pixel pitch selection should be based on the size of the wall and not just on price. Achieving large pixel spaces on direct view LED walls is not necessarily the end goal. Using intelligent image processing to drive the wall at the native resolution can provide amazing results. A 14-foot by 9-foot video wall with 2880×1080-pixel direct view LED displays will provide more of a “wow” factor than a higher-resolution HDTV video wall.

Many people believe that video walls using large-size traditional displays look better than those using direct view LED with lower resolution. I disagree. Direct video LED at native resolution is going to give you a sharper image, particularly for very large video walls. If you’re looking to implement a video wall in your lobby, board room, or large assembly space, let Rahi Systems’ A/V team demystify pixel pitch and help you evaluate direct view LED technology for your project.

Having been apart of the A/V industry for ten years, Simon Jerke began his career as an A/V technician with a passion to continue learning the ins and outs of this field. He has experience in project managing deployments for large scale systems, and then made his way to becoming an A/V Systems Engineer with an emphasis on broadcast systems.